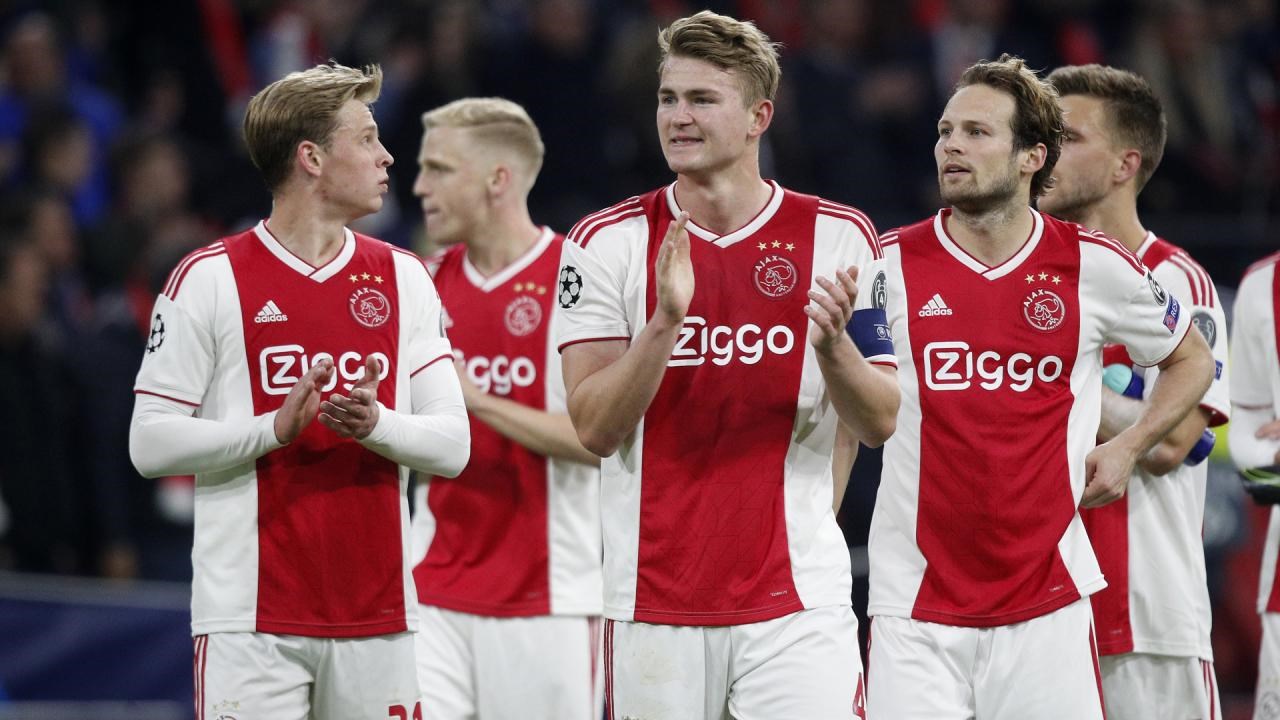 The Secret Behind Ajax’s Success

Ajax are within touching distance of a first Dutch league title since 2014 and just two games away from a place in the UEFA Champions League final. So just how have they become one of football’s greatest fairytale stories?

Ajax has long been a name that is synonymous with the beautiful game, with past teams having led them to no less than four European Cup successes, the last of which came back in 1995. However, following years of disappointment both domestically and in Europe, Ajax find themselves in the Champions League semi-final, with English Premier League side Tottenham Hotspur standing in their way, something in which few would have predicted at the beginning of the campaign. The likes of Frenkie de Jong, Hakim Ziyech and Dusan Tadic have been among the standout performers for an Ajax side who have already seen off both Real Madrid and Juventus, along with Captain Matthijs de Ligt, who at the age of just 19 has already cemented his place as a legend of the club.

The Ajax DNA is well-known, with the likes of Johan Cruyff and Rinus Michels having developed what is now perhaps the best factory for footballing talent in Europe today. However, due to their success so far this season, a significant amount of emphasis has been put on their young and talented group of players once more.

Putting faith in their youth academy is something that Ajax have always done, however the club’s vision has certainly altered slightly over recent years, with competing both domestically and in Europe being the reason for this. Whilst the budgets between Ajax and some of Europe’s biggest names still differ hugely, Ajax have actually invested heavily compared to their domestic rivals, as well as more than they have done over recent years. New manager Erik ten Hag and Marc Overmars have worked hard in order to ensure that their side is ready to compete on all fronts, spending big money on the likes of Daley Blind and Tadic from the Premier League, as well as increasing the wages of existing players.

Young talent is now not enough at any level, with Ajax now having a good mixture of youth and experience within their playing squad. As well as this, 16-year-old players are now able to earn professional contracts at the club, meaning that they are less likely to lose their top talents to other major European outfits, as was the case with the likes of Timothy Fosu-Mensah and Javairo Dilrosun. Elsewhere, the appointment of Ten Hag as manager has certainly had a major impact.

The 49-year-old was at Eredivise club Utrecht previously, with Ten Hag having already been compared to Manchester City boss Pep Guardiola thanks to his tactical nous. The former Bayern Munich II coach has a clear vision and is determined to achieve the objectives in which the club have set, doing so fully trusting his own philosophy. The Dutch manager has also aided the development of a number of players, including de Jong, de Ligt and David Neres.

A major part of Ten Hag’s philosophy is fitness, due to the fact that their playing squad is not as extensive as others. The fitness of each player is measured after each training session, with the help of some of the latest technologies.

Finally, the history of Ajax undoubtedly provides a huge amount of inspiration for those at the club, with the journey being about more than just football. Relationships and pride play a major role, with the club constantly dealing with the loss of leading players and coaches. An incident involving Abdelhak Nouri, who suffered a heart attack during a pre-season game in 2017, perhaps typifies the club, with this having a major impact. Many of the current crop of first-team players regularly say that they think about Nouri during matches, with this being just one of a number of inspirations to draw upon.