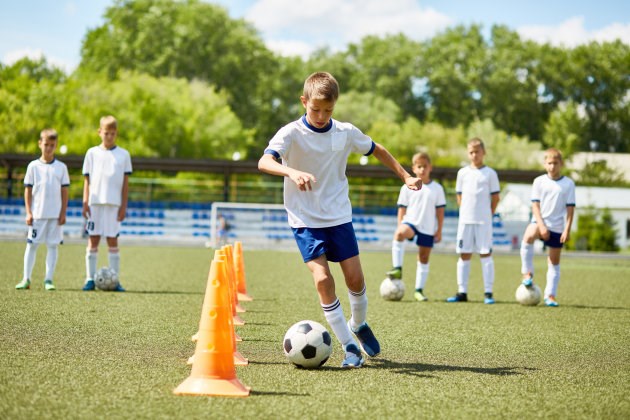 Whether it be football, rugby or basketball, an increasing number of children in the UK are participating in team sports, which is well-known to have a range of benefits. Meanwhile, recent research suggests that involvement in such sports can even have a positive impact upon brain health.

Parents may well wish to get their children involved in some form of team sport based on a recent study carried out by neurologists at Washington University in the US, with results showing benefits even aside from health and social skills. In fact, participating in team sports during childhood can improve brain structure, as well as potentially reducing depression.

Researchers believe that involvement in team sports may well have preventative effects in such areas, with adult depression being caused by a lack of volume in the hippocampus, a section of the brain influencing memory and stress response. Team sports with a clear structure were found to be particularly helpful, whether it be a school league or organised club environment. Associations of those involved in such events were strong, especially in comparison to youngsters who simply played at random with friends.

This particular study was based on a nationwide sample of over 4,000 children aged between 9-11, with parents providing details based on their kids’ participation in team sports, along with additional information surrounding depressive symptoms. Researchers also carried out brain scans on participants in order to measure hippocampal volume, with the study concluding that there were also differences when it came to gender.

With there being no clear association with the risk of depression and playing team sports for girls, it is believed that there are a greater number of factors that contribute to this illness, which may well occur at a later stage in life. However, the relationship with team sports suggests that the combination of exercise and social structure is undoubtedly helpful in preventing depression in youngsters.

With involvement in sport being of greater use than both music and art in relation to hippocampal volume, it comes as little surprise that more and more youngsters are being encouraged to take to the field or court whenever possible.