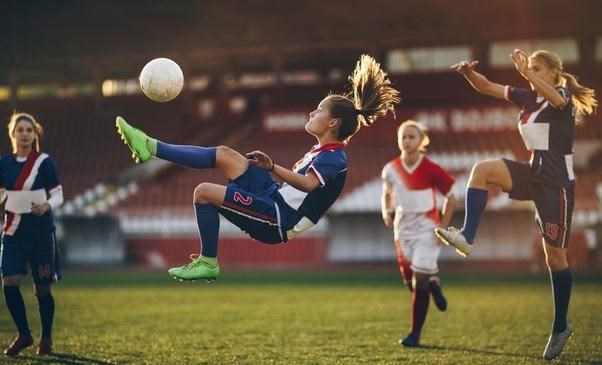 Is Sport Now a Level Playing Field for Girls and Boys?

While a significant amount of work has been done in order to help breach the gap when it comes to the sporting opportunities for young girls and boys, there is still seemingly cause for concern.

An attendance of over 77,000 watched England women take on their German counterparts at Wembley Stadium back in November, while 11.7 million watched the Lionesses World Cup Semi-Final defeat against the USA earlier in the year, statistics which suggest the female game is growing. However, at grassroots level, participation is still worrying when it comes to young girls.

The 2018 Children’s Sport Participation and Physical Activity Study found that just 13% of children were completing the recommended 60 minutes of moderate to vigorous activity per day, a figure that is lower than the 19% found in 2010. Girls do not come out well surrounding such statistics, with 13% of primary school level girls meeting the guidelines, compared to 23% of boys. The numbers do not get any better for posts-primary school girls, with just 7% doing enough physical activity, compared to 14% for boys.

Such statistics are certainly concerning, especially given the significant number of benefits in which sport comes with, aside from physical fitness. Firstly, girls who perform well in school are often also involved in regular sporting activity, with exercise helping to improve concentration, as well as memory. Such individuals are also less likely to become overweight, smoke or get breast cancer, while there are also a variety of psychological benefits.

Meanwhile, with team sports also aiding the development of youngsters when it comes to problem solving and overcoming disappointment, it also perhaps comes as little surprise that research shows that women who play sport during their university years are more likely to go into managerial positions later in life. Sport for children is all about enjoyment and socialising, with those who are not given the opportunity to participate being

deprived of so much. So, just what can be done to overcome the ever-increasing number of barriers to participation?

Why Girls Football is Finally Getting the Recognition it Deserves

Why Girls Football is Finally Getting the Recognition it Deserves

With the Women’s World Cup now just a matter of weeks away, where England travel to France as one of the favourites, it will come as music to the ears of many to know that the game is finally starting to grab people’s attention in the way that it always should have.