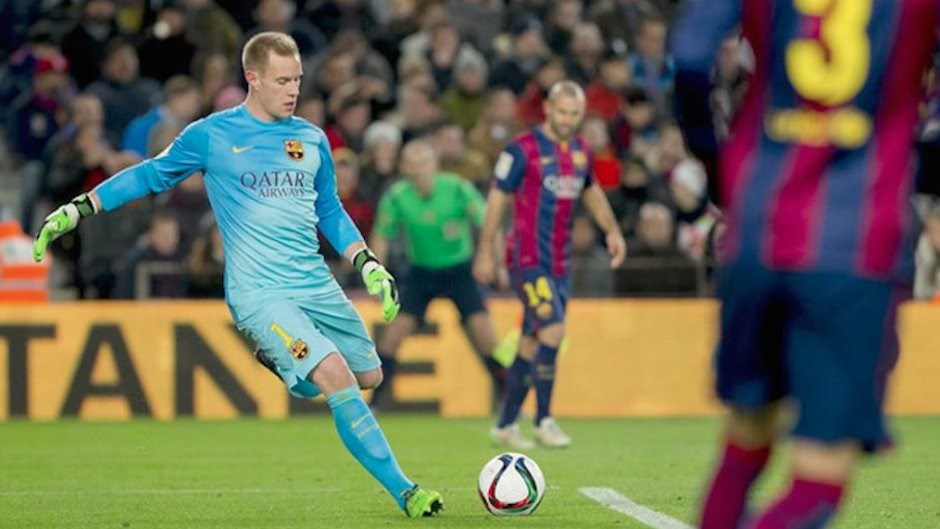 How to Successfully Play the Ball Out from the Back

An increasing number of teams are playing out from the back, as opposed to simply hoofing the ball upfield. While this can be a risky tactic, those who are able to carry it out effectively can quickly find themselves on the attack having bypassed a number of opposing players. So, just how can coaches help their players in approaching this strategy.

Playing out from the back involves passing the ball between defenders, and potentially even the goalkeeper, in order to move up the field. The likes of Barcelona and Ajax have demonstrated just how effective this tactic can be in football this season, with teams who are looking to follow in their footsteps requiring good technical skills and accurate passing, as well as an understanding of the movements needed to carry it out successfully.

The following exercise is designed to aid the development of teams in this area, as well as helping to improve possession and playing under pressure. In order to set up the drill, follow these steps:

Coaches should encourage players to use the entire width available to them during the exercise, with constant movement creating space for potential passes. Weight of pass is also hugely important in such a drill, along with an accomplished first touch.

Once the first phase of the exercise has been mastered, coaches can take things a step further by allowing those who pass the ball forward into attacking zones being able to join them in the final area, effectively establishing a 3v2 scenario.

Further development can be achieved by playing a 6v6, featuring goakeepers and just two goals, one at each end. The same size of pitch can be used, while two 10-yard end zones are found, rather than three equal areas. Only the team in possession are able to venture into their own defensive zones, with the exercise kicking off with the ball at the goalkeepers feet. One player from the opposition can be allowed into the end zone in order to apply pressure onto the team in possession for additional progression.