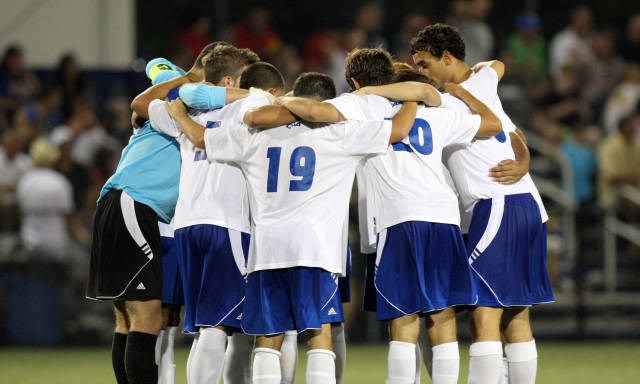 How to Maintain Motivation When a Season is “Lost”

Is your team sitting in mid-table, outside the promotion mix-up and safe from the threat of relegation? Just how can coaches and players maintain motivation in such a position?

In the occasion that the football season is drawing to a close with all of the early campaign optimism having been shot due to inconsistency on the pitch, it can often be difficult for those involved to maintain motivation right up until the final round of matches. As a result, the final weeks of a season can often be a formality for some, with players putting in half-hearted efforts, with the lack of implications of a certain result meaning that neither a win or a loss has a significant impact upon morale.

The majority of clubs will set themselves goals at the start of the season, which often have to be re-written at certain points during the campaign. So, just how can coaches and other members of staff put disappointment behind them in order to ensure that their team finishes as high up the league table as possible? Simply coasting towards the finish line should never be an option, with the best leaders being able to ensure that players maintain their drive and determination at all times.

While at a professional level coaches will often have their jobs on the line, at an amateur level this is less likely to be the case. As a result, coaches must remind players why they take to the field each week, whether it be for enjoyment, fitness or social aspects of the game. Ensure that players train as normal, with good intensity and communication. Doing so is likely to ensure that a team puts any disappointment behind them as quickly as possible, before setting themselves new targets both in the short and long-term. As a result, coaches must still focus upon the little things and minor victories at the tail end of the campaign, whether it be a win on the final weekend or keeping a clean sheet against the league leaders.

There is always something tangible to use as motivation, even if the prospect of finishing at the top of the table or avoiding relegation is out of the equation. Being involved in team sports is about more than simply winning and losing, with relationships in the changing room being of key importance when the going gets tough. Coaches can also use this period to test new tactics or training regimes ahead of the new season, as well as taking on board any feedback in which players may have.

Coaches must be sure to understand how players work mentally, with this helping to ensure that they buy into your philosophy. It is ultimately up to coaches to maximise talent, however players motivation comes from within. Different personalities are driven for different reasons, however a team full of motivated individuals should be able to play close to their best throughout the season. As a result, a season should never be lost, with the need for players to play for each other being more than enough motivation.