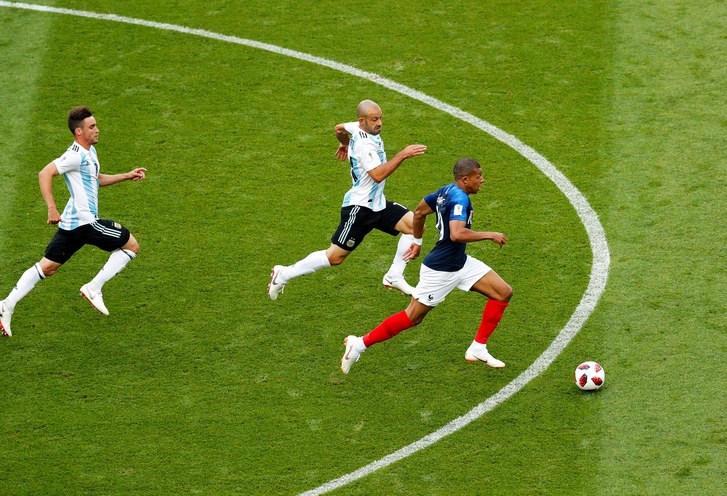 How to Develop Football Speed

One of the biggest changes in football over recent times has been the speed at which the game is played, meaning that speed is a major asset for any player to have. While pace is something that is aided by genetics, speed is also something that can be developed. So, just what measures can coaches take in order to improve the speed of players?

Speed is certainly something that can be taught, with even those who are born with natural skill in this area being able to improve. A combination of both acceleration and football-specific training methods can be used in order to aid development, which help to change movement patterns and stimulate the appropriate muscles. Speed, agility, acceleration and power all play a role in determining how quickly a player can move around the pitch.

Strength and power are two components that help to maximise speed, however in football, where more multi-directional movements are required, agility and athleticism are potentially more important. Many professional football clubs today employ specialist speed coaches in order to improve the skill of players in this area, with a systematic and progressive approach generally being required.

Straight line sprints have been proven to improve the biomechanics of players, however it has little impact in a sport such as football. This is simply due to the fact that out-right sprinting makes up roughly 1% of a 90-minute match, with short distance speed being more beneficial as a result. Football has become an increasingly explosive sport, with players being forced to change direction every few seconds in general. As a result, coaches should avoid too many exercises where velocity is the focus, instead creating more explosive drills.

Training drills should be based on acceleration, quick feet, explosiveness and turning, both with and without the ball. Meanwhile, the way in which a player runs is also likely to effect their ability to reach top speed, which is best taught from an early age. This can be a tricky area for specialist football coaches to teach, so seek the advice of a professional in doing so.

Increasing the volume of training is not possible in most cases, meaning that speed development must be incorporated into regular sessions. As a result, it is worth keeping in mind the four components of speed when creating exercises: