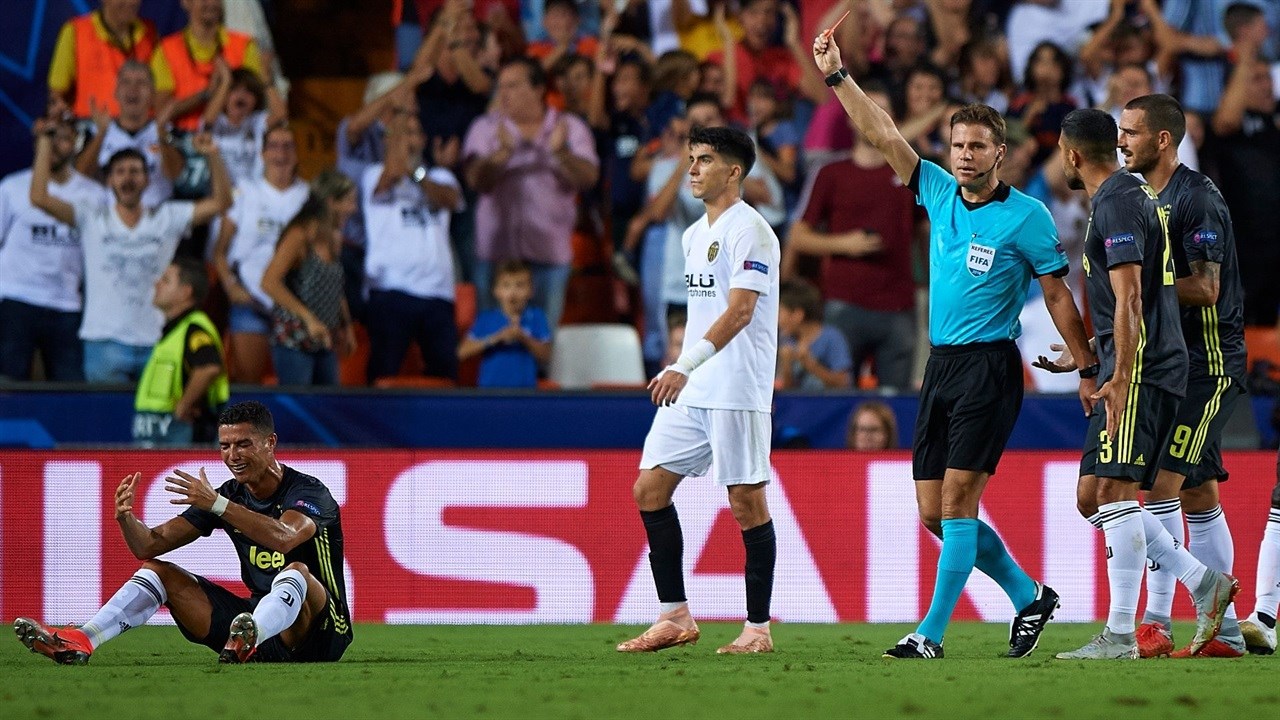 How to Defend with 10 Players

The entire outlook of a match can potentially change in just a single moment, which includes one team losing a player due to either injury or a red card. As a result, many coaches are now teaching their team how to deal with such a situation. So, just what is the most effective way to still earn a positive result when being at such as disadvantage?

There have been many occasions as to when teams have been reduced to ten players as a result of a dismissal, with supporters then expecting the opposition to run out convincing winners. However, playing against a team with fewer players is often not as easy as it seems, with many coaches having prepared their side for such a situation.

While the traditional method of dealing with losing a player has been to sacrifice an attacking player and adopt a more defensive approach, this is not the only tactic available to coaches. Those with 10 players can still be a threat in the final third, however it will take both discipline and teamwork. Attacks in the modern era are much more patient, with teams moving the ball from side to side before taking advantage of openings. As a result, getting players behind the ball will make this strategy all the more difficult, with attackers having little room to work in.

Those defending against a team with an extra player must look to take something away from them, whether it be a particular area of the pitch or man-marking their biggest attacking threat. Teams must still apply some form of pressure on opponents, otherwise it will likely be only a matter of time until they make the all-important breakthrough. Players must stick with their opposite number as best as possible, with both defensive and midfield units working in unison, before breaking quickly when the play is broken up.

As well as physical actions, players must also ensure that they do not let their heads drop after losing a teammate due to injury or a red card, as this will only boos the confidence of your opponents yet further. Maintaining belief will help teams to play in a disciplined and courageous manner, limiting the space of opponents as much as possible. Carrying out such actions is also likely to frustrate the other team, leading to errors and loss of possession.

Positive mental attitude will also lead to increased awareness levels, communication and concentration, which all aid the chances of coming away with a positive result. Such attributes must not only come from defenders too, with everyone on the field, including any possible substitutes having to quickly come to terms of what is expected of them. Attacking players remaining on the pitch will often be required to close down a full-back or drop into a deeper midfield position, something in which they may not have experience of doing. This is where training sessions involving such situations will pay dividends.

Coaches can undoubtedly influence players in this area, with teams with good attitudes throughout training sessions often stepping up to the plate when things get tough. It is fairly simple to recreate the scenario of losing a player during a game, whether it be setting up a 11v10 match or drills involving a smaller number of players. Coaches should encourage defenders putting pressure on attacking players despite having inferior numbers, with discipline and the so-called “siege mentality” being invaluable assets in football.

Playing with a player down is not all about “parking the bus”, with coaches having to ensure that their team finishes the match with the same mentality as when it started.

How Wearable Technology is Changing Sport

Technology has long played a significant role in sport, however the emergence of wearable technology has also now started to have a major impact on the development of players. Let’s take a look this can now aid coaches at all levels.

Why Warming Up is So Important

Manchester United recently suffered injuries to three key players during the first half of their Premier League clash against rivals Liverpool, leading to questions regarding fitness and preparation. So, just why is warming up before training and matches so important for players?

A significant proportion of goals scored today are now achieved through a one-touch finish, with attackers having less time to take a touch and compose themselves when in the box. However, just what are the best exercises in which coaches can use to improve players in this area of the game?