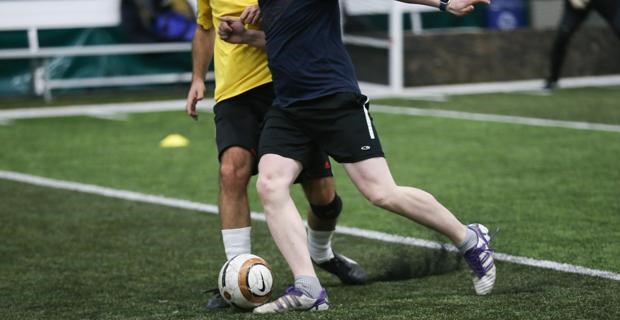 Why Pressing Has Become So Important in Modern Football

While pressing the ball in order to regain possession is not a new tactic in football, it is certainly a strategy that has become more common across the pitch in the modern game. So, just what are the advantages of pressing and why has it become so popular?

Teams at the top of the professional game including Liverpool and Dortmund have demonstrated just how effective pressing can be when carried out successfully, with this strategy giving the opposition very little time on the ball, making their job more difficult in the process. Heavy pressing ultimately increases the possibility of regaining possession, with players often having a split second to both make a decision and execute that decision in many cases. For those coaches interested in learning more about how pressing works, let’s take a closer look at the advantages and disadvantages of this tactic.

Pressing is generally utilised when coaches identify a particular weakness surrounding the passing ability or ball control of their opponents, with increased pressure on such players likely to ensure for continued turnovers in possession. Pressing from the front also takes some of the pressure away from the defence, however the entire team is required to be “on the ball” in order for this strategy to be successful.

There are different variations of pressing, with Barcelona having been one of the first teams to implement the counter-pressing tactic under former boss Pep Guardiola. It was widely understood that the Spanish giants pressed for between 5-10 seconds in an attempt to quickly retrieve the ball, before falling back into shape if unsuccessful. The thinking behind counter-pressing is that the ball will be won high up the pitch, while it ensures that players also have time to maintain their energy levels throughout the 90 minutes.

As well as this, pressing can force teams to play in a way in which they are not familiar with. For example, a team may begin to hit long balls up to their attackers as a result of being unable to overcome their pressing opponents.

As with any strategy in football, pressing is by no means perfect, with opposing players with high quality being able to bypass the press with accurate and quick passing. As well as this, it can take just a small number of passes before defenders find themselves isolated, while the press is likely to be as effective against teams who play long balls the majority of the time.

As well as this, pressing also requires players to be at the top of their game when it comes to fitness, with the strategy requiring the closing down of opponents throughout the game. This has been one of the standout features of Liverpool’s success over recent years, with the 2019 Champions League winners having the likes of Mohamed Salah, Sadio Mane and Roberto Firmino working from the front at all times.

Pressing is not a viable option for teams who struggle with communication, with players having to be cohesive with one another and quickly recognise where and when to move. There is no point in a single player working hard in closing down opponents, as the ball will easily be played around them.

Who Should Use Pressing?

All in all, pressing is a tactic that should be taken advantage of by coaches who have fit and communicative players at their disposal, as when carried out effectively, it will see possession regained on a regular basis. However, the battle for the ball must be cohesive, with defences quickly becoming exposed and disjointed if lines are too easily broken.

It has long been understood ...

Adults are always quick to mention how youngsters ...

The question of how to coach kids football has long been a talking point, with opinions differing throughout the game. However, UEFA have recently looked to lend coaches a helping hand by introducing rules that should be followed.

How to Recover from a Bad Start to the Season

The new season is now well underway for a number of players and coaches, however the campaign may well have not started well for some, meaning that those in charge must look into how to make improvements.

With coaches, parents and players spending unnecessary amounts of time sending text messages, emails and making phone calls during the week, Spond is a platform that helps those involved in organised sport become far more efficient. So, just how can the app help you?