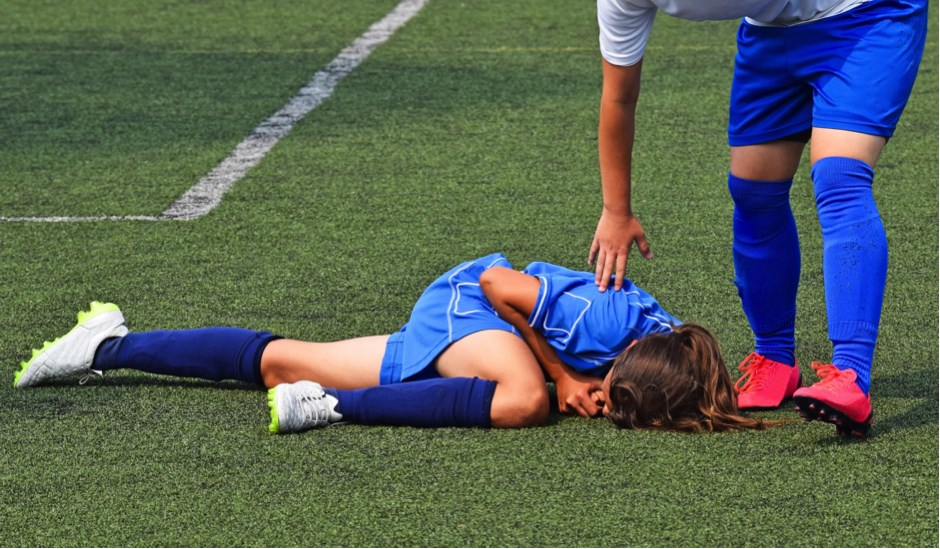 How to Prevent Common Injuries for Children Involved in Sport

There are a number of reasons as to children must be supported when it comes to playing sport, including the learning of new skills, physical activity and social interaction. However, with there being some health and safety concerns attached too, it is important for parents and coaches to be aware of how youngsters can best avoid injuries.

Whether it be rugby or tennis in which your child is participating in, children who play sport are at risk of suffering injury, with the following hazards being among the most common. So, let’s take a closer look at the steps taken in order to prevent such issues arising in the first place.

Whilst even the summer months in the UK do not guarantee warm temperatures, dehydration is still a concern for children involved in sport. Good hydration is key at all times, not just during training sessions and matches. As a general rule, small amounts of water should be consumed throughout the day, including both before, during and after exercise. Meanwhile, energy drinks are not necessary, with most containing large amounts of sugar, which is not needed.

While concussions are certainly more common in some sports over others, this form of injury is a serious concern for young athletes, with almost two-fifths of sports-related head trauma occurring between the ages of 12-17. Contact sports including football and rugby are high-risk sports in this area, however even those involved in volleyball or cheerleading are potentially in danger. As a result, parents and coaches should not underestimate head injuries, however minor they may appear to be. Symptoms of concussion include headaches, fatigue or issues with vision. Meanwhile, concussion prevention should come from coaches, with the key being how to play more safely, as well as teaching the correct techniques and rules.

Long hours of training and repetitive movements can sometimes lead to injuries, whether it be shin splints or a pulled hamstring. In fact, it is believed that half of the injuries suffered by children can be put down to overuse. Intense training, especially after an extended rest period, can place stress on bones, muscles, ligaments and tendons, with the best coaches ensuring that youngsters ease into training and vary exercise, rather than asking for too much too soon. Meanwhile, with kids potentially wishing to play through the pain barrier, parents must also keep a close eye on their child.

Playing sport should be all about enjoyment for kids, however being part of a competitive team comes with pressure. Parents can help youngsters to manage their expectations by offering praise and assurance. Meanwhile, visual techniques can be used in order to minimise stress before an upcoming match, allowing the brain to focus upon the actions in which the body will carry out.