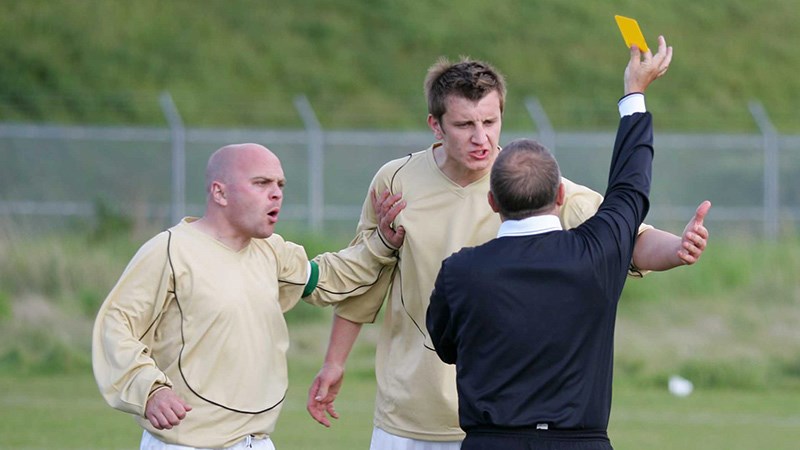 Are Sin Bins the Answer to Ill-Discipline in Football?

The new football season is now well underway, with one of the standout changes in the game at grassroots level also having been in effect for a number of weeks. So, just how are sin bins changing the game as we know it?

Referees at grassroots levels of football are now in a position to issue sin bins, also known as temporary dismissals, to those who behave badly during a match. Whether it youth or amateur encounters, such sanctions have been introduced by the Football Association in an attempt to remove player dissent, as well as improving the experience of everyone involved.

As part of their RESPECT campaign, referees are able to issue yellow cards, which will send the individual to the sidelines for 8 or 10 minutes, depending on their age. With bad behaviour on the football field having not improved over recent years, despite many attempts, the FA has introduced sin bins in order to cut out the following:

A step that has long been a part of other sports, including rugby, it is hoped that sin bins will help to improve the image of the game across the board, as well as the retention of football referees. While 31 different leagues have been using this system consistently over the past two years, this is the first time in which it will be used across the board.

The trialling of sin bins over recent years led to a 38% reduction in dissent shown by players, however there remain question marks surrounding its long-term effectiveness. Many players, referees and coaches are still unsure of just what level of dissent will lead to a sin bin, while the scope for interpretation has also caused problems.

However, with referees often being subjected to abuse from the first minute to the last in matches, it is about time that something is being done to address an issue that has hampered the game in the UK for a number of years. Local FA programmes are offering additional training to both referees and players where necessary, with the hope that football matches will become less confrontational, especially at youth level.

The temporary loss of a player could potentially have a significant impact upon the eventual result of a match, meaning that players should think twice before they lose their cool. The full impact of sin bins is likely to take some time, however it is certainly a step in the right direction.